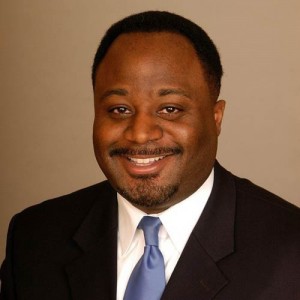 Abdul-Hakim Shabazz has been a licensed attorney since 2003. He received his law degree from St. Louis University where he graduated with honors, including being named Outstanding Oralist in the law school’s Moot Court Competition.

While attending law school at night, he was an aide to then Illinois Attorney General Jim Ryan serving in a media, policy and public affairs role. He was admitted to the Illinois Bar in June 2003. In addition to his law school education, Abdul-Hakim holds a Master’s Degree in Public Affairs Reporting from the University of Illinois at Springfield and a Degree in Communications and Journalism from Northern Illinois University.

Abdul-Hakim Shabazz has extensive political and public policy experience. He has covered politics in both Indiana and Illinois for more than 20 years. He has worked a Visiting Fellow at the Illinois Policy Institute, a free-market think tank in Springfield, IL. More recently he has served as an advisor to the Friedman Foundation for Educational Choice in Indiana.

He also hosts an evening radio talk show “Abdul at Large” on WIBC-FM in Indianapolis as well as a weekly public affairs program “Indiana Issues” which airs across the state. In addition to WIBC Radio, Abdul-Hakim writes for the Indianapolis Star, NUVO Newsweekly, and TheStatehouseFile.Com. He’s also a frequent panelist and contributor to RTV 6’s Indianapolis This Week and Inside Indiana Business.

He serves on the faculty at both Ivy Tech Community College and the University of Indianapolis. He teaches speech for Ivy Tech and business law at UIndy’s MBA program.

Abdul-Hakim Shabazz is a professional speaker with the firm of Spotlight Speakers & Entertainers in Carmel, and occasionally performs stand-up comedy in Indiana, Illinois and Missouri. He is also working on a novel “Sub-Leasing Uncle Tom’s Cabin; Civil Rights in the 21st Century” through New Century Publishing, an Indianapolis-based publishing company.

He has been recognized for his work in Indianapolis. He was named one of Indianapolis Business Journal’s 40 under 40 in 2006.

He is also happily married. And has one son.

Abdul-Hakim Shabazz is Of Counsel with Lewis And Wilkins LLP.

Related Staff
Recent News
Need to speak with a lawyer?  Our team of legal professionals are ready to help.  Click the 'contact us' button to have a member of our legal team contact you.
Contact Us